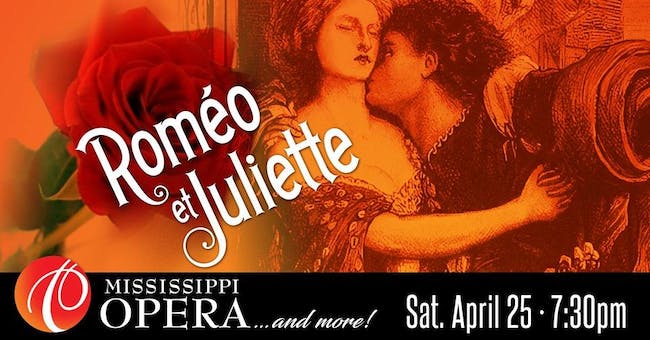 In Shakespeare's tragic story, two families of Verona, the Capulets and the Montagues, are bitter enemies. Their ongoing conflict escalates when Roméo, a Montague, and Juliette, a Capulet, fall in love. The two young lovers exchange secret vows, but within hours a fight has, once again, broken out between the two families. Roméo's friend, Mercutio, is killed by Count Capulet's nephew, Tybalt. Roméo, outraged over the loss of his friend, fights Tybalt and kills him. Roméo is then sent into exile by the Duke. Forced by her father to marry Paris when she is already secretly married to Roméo, Juliette takes a potion that will make her appear to be dead. Roméo, not having received the message about the potion from Frere Laurent, thinks she is really dead and kills himself before discovering the truth. Gounod’s Roméo et Juliette is a masterpiece of French Grand Opera and is based on one of the most beautiful and tragic love stories of all time.

Starring the musical talents of:

And featuring the Mississippi Opera Chorus!

This project is supported in part by funding from the MS Arts Commission, a state agency and in part, from the National Endowment for the Arts, a federal agency.