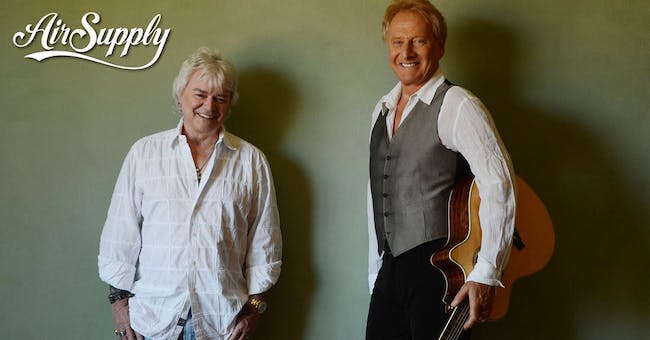 Graham Russell & Russell Hitchcock met on May 12, 1975, the first day of rehearsals for “Jesus Christ Superstar” in Sydney, Australia; they became instant friends with their common love for The Beatles and, of course, singing. Seven top-five singles later, Air Supply at that time had equaled The Beatles’ run of consecutive top five singles.

The albums Lost in Love, The One That You Love, Now & Forever, and The Greatest Hits sold in excess of 20 million copies. "Lost in Love" was named Song of the Year in 1980, and, with the other singles, sold more than 10 million copies. Air Supply celebrated their 40th anniversary in 2015 and continue to delight audiences all over the world.